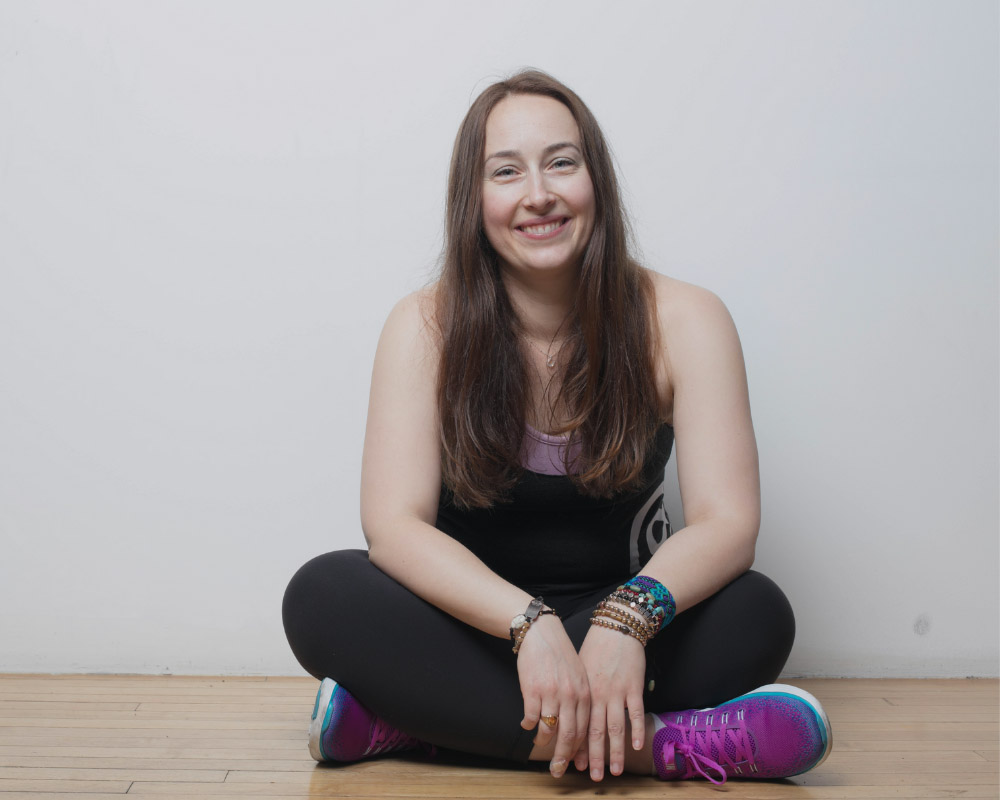 In fact, there’s a lot that goes into crafting the perfect cycle playlist to help you smash your goals, and it has more to do with beats-per-minute (BPM). Quite often, indoor cycling instructors will have created a playlist matched perfectly to the pace of the class. One of our very own instructors Noël Nocciolo shares a behind the scenes look into how she pairs the right music with the right programming and the science behind why we do it.

BPM is important, but it’s not the be-all, end-all

Generally speaking, the ideal BPM for songs to do all sorts of exercises is between 120 to 145 BPM. However, this is certainly not the only thing that goes into working out what to play, and when. In fact, I look to include all BPMs in a cycling class; but it’s not necessarily the case that all genres, beats, and energies find themselves in one single ride.

I have a library of over 15,000 songs (and growing) to choose from, but around half of them are not appropriate for cycle classes, either due to lyrics or they’re bands’ deep cuts or B-sides. For me, it’s all about the energy and the layers of the song, in addition to its beat, that work optimally to motivate the cyclists at the right times throughout the class.

As a cycling instructor building a sweat-drenching playlist and ride, you need to put yourself in the shoes of a DJ as well as an athlete. I approach fitness from a standpoint that’s not necessarily the norm in the mainstream gym industry: one that’s based on performance, specialization, and entertainment.

For me, the ride must come from a musical place, without sacrificing the coaching plan and goals. Without great music, I struggle to push myself to my absolute limits. I apply the same logic to a class plan and playlist curation for CardioCast as I do for the indoor cycling instructors I mentor and train globally. It can’t be all about the music, nor can it be all about the training plan — the two have to go hand-in-hand.

So, what’s the science behind it all?

In a science-based Beats Ride (one of the rides we offer at CardioCast), the beat (or the leg speed) is one part of how effort is understood. The others are the resistance, and how long we’re expected to do it — one minute feels very different to 30 seconds at the same effort.

Since we’re an audio-only platform at CardioCast, hearing the beat and the instructor really anchors the intensity of the workout. And simply riding to the beat doesn’t just tell you how hard you’re working, but it’s a key component in a science-based Beats Ride, locking you into the musical journey.

There are countless scientific studies to back this all up. Dr. Costas Karageorghis, author of Inside Sport Psychology, has conducted extensive research on the relationship between music and exercise. He found that subjects in his study who cycled in time to music needed seven percent less oxygen to cycle at the same level when compared with just music playing in the background. “The implication is that the music has the potential to make you more energy efficient,” concluded Karageorghis.

Dr. Karageorghis also found that music not only helps you expend less energy when pushing your body hard, but also that it distracts you and creates emotion which can in return boost energy, and the tempo of the track helps people pick up their speed — particularly in cyclists.

Such conclusions have also been drawn in studies that looked at music for cycling in particular.

For example, this study found that “healthy individuals performing submaximal exercise not only worked harder with faster music but also chose to do so and enjoyed the music more when it was played at a faster tempo.” According to Dr. Karageorghis, the sweet spot to yield optimal benefits in cycling, in psychological and motivational terms, is between 120 and 140 bpm [60 to 70 revolutions per minute (rpm)] .

Ultimately, this comes down to humans’ age-old relationship with music. Dr. Karageorghis explains that as we’ve evolved, we’ve developed a “tendency to respond favorably to musical rhythm. Moving with music is firmly embedded in human DNA.”

Choosing the right track for your workout is probably way more important than many people realize. Not only does the tempo help to keep you at pace, research shows you actually expend less energy and are kept distracted, all resulting in better performance. So, next time you’re taking a CardioCast ride, you’ll have a better understanding of the thoughtfulness each instructor invested to pair art and science to create a CardioCast ride. You just might be surprised at how much further you can push yourself next time!

Not yet a part of the #CardioCrew? Give CardioCast a try! New subscribers get an all-access trial free for 7 days. Find us on the Apple App Store and Google Play. 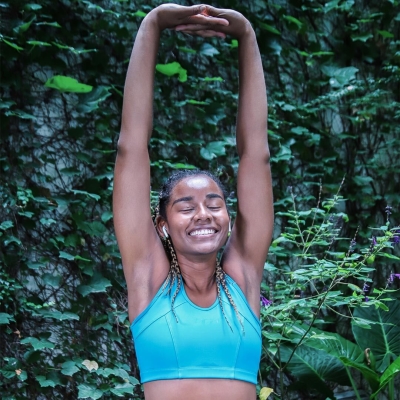 How Does Physical Activity Help Improve Mental and Emotional Health?

Jul 9, 2021
Physical activity can have a profoundly positive impact on depression, anxiety, and ADHD. It also relieves stress, improves memory. 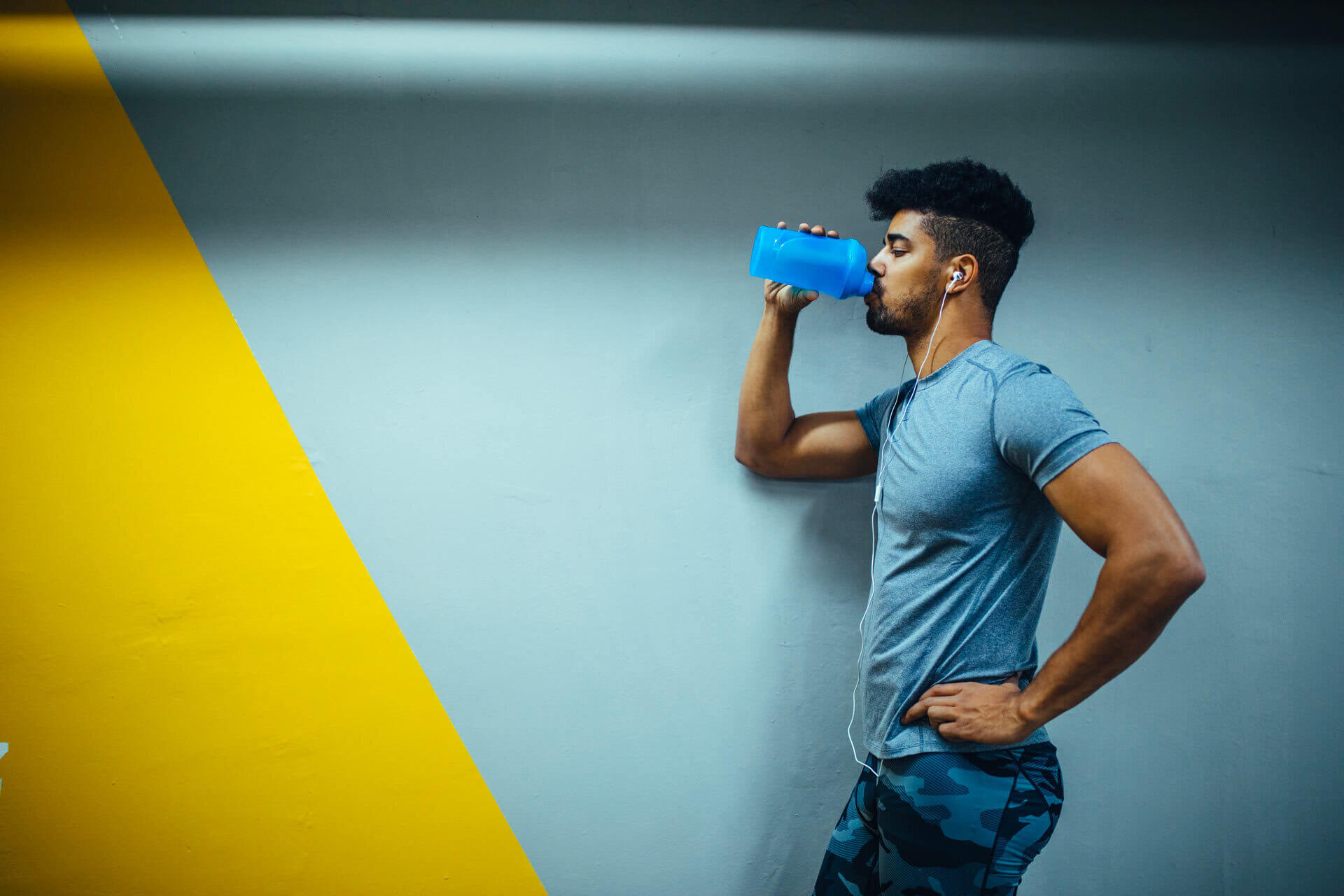 How important is hydration for your health?

Jun 22, 2021
How important is hydration? We all know we need to stay hydrated, but why is it so important? What do our bodies actually do with all that water?

Get 10% off your CardioCast subscription*

Thanks for subscribing! Use code WELCOME10 at checkout to get 10% off your first billing cycle.

*New subscribers only. Applies only to first billing cycle for subscriptions made on CardioCast website.